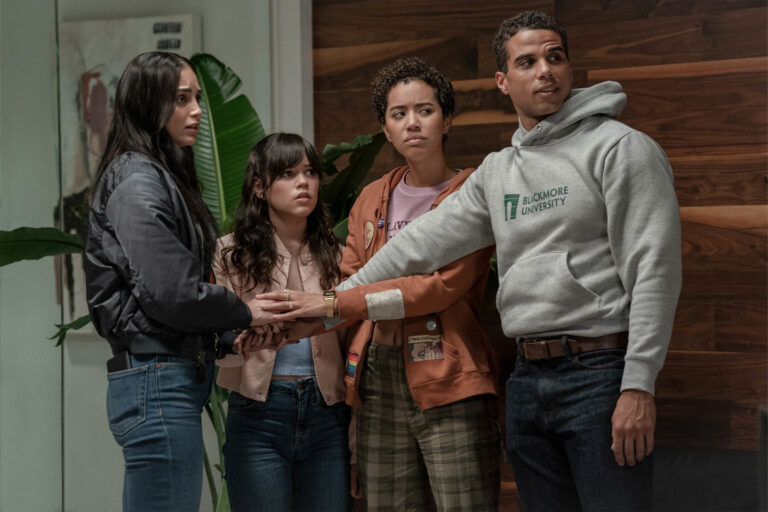 The logline for the film reads:

Following the latest Ghostface killings, the four survivors leave Woodsboro behind and start a fresh chapter.

Barrera, Ortega, Brown, and Gooding reprise their roles from the last film, as does original star Cox. Legacy franchise cast member Panetierre is also back for this one. Directed by Matt Bettinelli-Olpin and Tyler Gillett and written by James Vanderbilt & Guy Busick, the film is produced by William Sherak, James Vanderbilt, and Paul Neinstein, and is executive produced by Kevin Williamson, Gary Barber, Peter Oillataguerre, Chad Villella, Courteney Cox, Ron Lynch, Cathy Konrad, and Marianne Maddalena.

Barrera, who plays Sam Carpenter in the film, promises that upcoming sequel will be “100 times gorier.”

I just read part of the script, and it just gets more and more gory,” “I think that this is probably the most aggressive and violent version of Ghostface we’ve ever seen, which I think will really be fun to shoot.”

As the release date approaches, fans of the franchise are eagerly awaiting the arrival of this latest installment, which promises to be a blood-drenched spectacle of horror. With a talented cast and a script that promises to push the boundaries of gore and violence, Scream VI is shaping up to be a must-see film for fans of the horror genre.