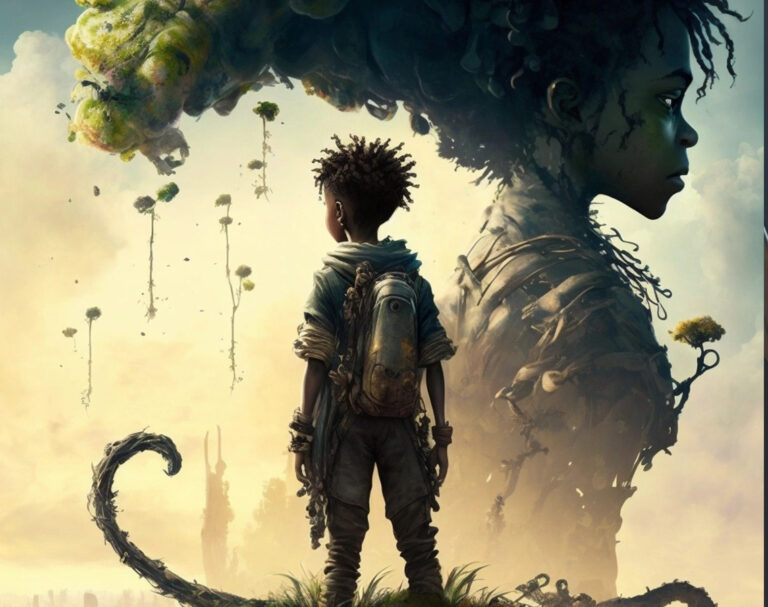 Jackie & The Marbles of the Apocalypse

In the year 2100, the world was not what it used to be. The nuclear wars of 2020 had left the planet a barren wasteland, with limited resources and a shortened life expectancy. Jack, a young boy of only 12, was one of the few survivors living in this harsh new world. He lived with his mother, the only family he had left. His father had died before he was born, killed by raiders while out gathering food for his family. With his mother suffering from a severe case of the flu, it was up to Jack to fend for them both.

Every day, Jack used the family car, an inheritance from his father, to transport farmers from their farmlands to the mainlands, where the few remaining residential areas were located. On one of these trips, he came across a man in a colorful jester costume, advertising magic marbles that could produce clean water. Water was a luxury in this new world, and most people were willing to pay exorbitant prices to get their hands on it. When Jack heard that these marbles could produce water, he saw an opportunity to make a fortune. He quietly approached the man and asked how much it would cost to acquire the marbles. The man replied, “These marbles have no monetary value. They are only worth as much as your most valued possession.”

Without hesitation, Jack offered the family car in exchange for the marbles. The man accepted, and Jack rushed home with his new treasure. He was too scared to take the marbles out for fear of raiders, so he decided to test them out in the safety of his own home.

He placed the marbles on the ground, and a bright white light enveloped the room. Jack pushed his mother out of the way, and the light blinded him. When the light faded, he found himself in a high-tech facility with titanium walls. There was no one in sight, but displayed before him was the largest all-you-can-eat buffet he had ever seen.

Overwhelmed by the sight of so much food, Jack started wrapping it up in the tablecloth. But before he could finish, an alarm sounded, and a hoard of people burst into the room. All human and looking normal, they saw Jack and their expression changed. They turned into an angry mob and lunged for him.

Jack immediately jumped into the beam of light again, and he appeared back in front of his mother, the food safely tucked under his arm. He had escaped unscathed, but he knew he couldn’t stay in one place for long. He was now a wanted man, with a valuable possession that many would kill for.

The magic marbles, it turned out, were created by a secret faction of scientists who had managed to survive the nuclear war and had been living in luxury underground. They had developed the marbles as a means of teleportation, allowing them to move around the world freely and secretly. They saw Jack as a thief and a threat to their existence and were determined to retrieve the marbles and eliminate him.

Jack knew he had to leave the mainlands and head to the farmlands where he could hide and maybe even find a new way to survive. He set off on a journey through the barren wasteland, learning how to scavenge for food and defend himself against raiders. As he traveled, he met other survivors like himself, each with their own story of loss and survival.

He soon realized that the post-apocalyptic world was divided into different factions, each with their own agenda and way of life. Some, like the scientists, had access to resources and technology that allowed them to live in relative comfort. Others, like the farmers, had to struggle to eke out a living in the harsh conditions.

As Jack navigated this dangerous world, he encountered many challenges and obstacles. He had to fight off raiders and bandits, avoid the scientists and their henchmen, and find a way to sustain his mother’s health. But through it all, he never gave up hope. He was determined to survive, and to find a way to make a better life for himself and his mother.

During his journey, Jack also discovered that the marbles could be used for more than just teleportation. He found out that they could produce clean water and he used this to help the farmers and the survivors. He became known as the “Marble Man” and he was respected and admired by the people.

He eventually found a safe place to live, a small community of survivors who welcomed him and his mother with open arms. They taught him how to farm, how to build and how to defend themselves. And with the help of the marbles, they were able to establish a sustainable community.

Years passed and Jack grew up to be a strong and resourceful leader. He led his community to thrive in the new world and helped other communities to do the same. He found a way to live in harmony with the other factions and even formed an alliance with the scientists. Together, they were able to bring about a new era of peace and prosperity in the post-apocalyptic world. Jack’s determination, resourcefulness and compassion helped to shape a new world where the value of life was respected and the people worked together to survive and thrive. And he continued to use the magic marbles to help others, and they became a symbol of hope in a world that had been ravaged by war.