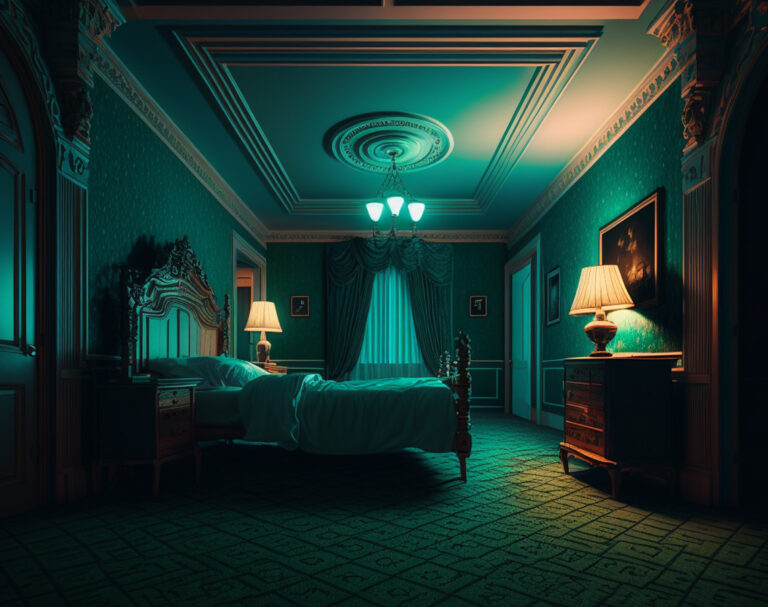 Rupert Colman placed the card on the lock. He pushed the door open and extended his arm towards the interior of the suite. ‘Here you go, darling, make yourself at home.’

The young woman smiled and bent her head, raising the hem of her silky blue dress as she walked past him into the room. Rupert watched the luscious sheen the corridor lights cast on the curves of her dress, the way it tugged slightly below the waist. She was one of the best ones yet, he decided. The Majestic was ever surprising in its steady supply of beautiful girls, but she was something else. He licked his lips and clicked the door shut behind him.

‘Feel free to have a bath, if you would like to get warm and toasty,’ he said as he poured a glass of Cointreau, pausing to wink at her. She was sitting at the edge of the bed’s Moroccan rug, her hands between her thighs. A flash of uncertainty crossed her face, she flicked her hair.

‘Don’t worry,’ Rupert told her, showing his trademark smile, ‘take your time.’ They were always afraid when Rupert told them to have a bath, to get comfortable. They thought he might not include it in the billable hours. What rash animal would do that? He didn’t want a stiff icicle in his bed, he wanted a nice and tender body, like the best cut of lamb.

Rupert lay in his bed, listening to the muffled noise of tumbling water, sipping his liquor whilst he let his eyes drift around the suite. The huge gold-framed painting on the opposite wall, with its bloody representation of the battle of Asti; the engraved table with its violet-cushioned gold chairs below it; the mahogany closet to the left, opposite the bathroom door. Rupert loved this preliminary stage. The fuzzy warmth from the liquor left a pleasurable vacuity within him. All his thoughts were vaguely pointed at the awaiting pleasure, and nothing else. His uncertainties, his fears? They couldn’t even get near him.

As Rupert was taking the last sip of Cointreau, she appeared out of the bathroom door. Her blonde hair was slick and shiny, curving softly at the shoulders; her hand held up a white towel which reached just above the swelling of her breasts; white silky legs extended out of the lower part of the towel. She smiled, bit her lip, and let the towel fall to the floor. Rupert’s breaths became husky, a tingle came over his body as this milky goddess came towards him.

The woman halted and looked at him. She tilted her delicate shoulder up slightly. ‘You like me?’ she said. ‘Honey, I love you. Come here, now.’

She paused a moment more, as if considering the appeal of his extended arms. Then she slowly slid towards him. His hands were all over her body as she quickly undressed him. ‘What do we have here?’ she said, peeking under his boxers. Rupert jolted with extasy as she guided him inside her.

In his dream, Rupert found himself wandering down a deserted country road as the sun set. The sound of his footsteps echoed in the silence as he walked. He found himself on a high tower, looking out at dark, ominous clouds. A fierce wind whipped around him, causing him to cling to the edge of the tower. Suddenly, he was back in the hotel room. The atmosphere felt heavy and oppressive, as if he were underwater. He looked around and saw that the bed was empty. The alarm clock on the nightstand read 12:07. He wondered where the young woman he was with had gone. In that moment, he saw a dark figure looming over him. Agonizing pain shot through him as the figure clawed at his chest and covered his mouth to silence his screams.

Rupert sat bolt upright, gasping. He stared at the bloody painting in front of him, at the table. Everything was in its place. What a fucked up dream, he thought, as he wiped the sweat from his brow. He looked to the side of the bed but the woman wasn’t there. He stared at the alarm clock. 12:06.

Rupert jerked his head around to see the closet door open. A scabbing white foot stepped out. Rupert let out a scream. He scrambled in his bedsheets as he realized he was trapped. The door was on the opposite side of the room, past the closet. Another foot creaked onto the parquet.

Rupert jumped off the bed and made for the toilet, his only chance. He turned around just as he reached out to the handle and the figure was barely three meters away from him. A spasm went through him. It wasn’t the young woman from the previous night, it was Cassandra, his late wife. Her skin was melting like wax and covered in swells and gashes. A thick noose hung around her bruised neck, the severed end of the rope dangling over her emaciated shoulder blade like a ponytail. She extended rotting fingers with chipped red nail polish and exposed her mulchy black teeth in a terrible smile.

‘Hello, darling,’ she said, her voice raspy and mocking. Rupert let out a yelp and slammed down the handle. He pushed forward, but the door wouldn’t budge. He tugged backwards and the door flew open, just as he turned and saw Cassandra rushing towards him. Her arms were extended, her open mouth revealing a long and sinuous black tongue.

He stumbled face-first into the toilet, then twisted and scrambled backwards. She was inches away from him, extending her arm. ‘Come to me, dear,’ she purred.

He pushed the door with his foot, trying to shut it with all his might.

A few rotting fingers got jammed in the doorframe. A wretched wail came from the other side.

‘You bastard,’ she screamed, ‘you filthy little shit, you will pay –‘

He pushed harder at the door, letting out a growl of effort as he stared at the contorting fingers. Suddenly there was a slicing sound and the severed fingers fell to the floor. The door clanged shut. A howl of pain came from the other side. Rupert scrambled up and turned the lock.

Silence. He leaned with his back on the doorframe and heaved. He looked to the side, at the three severed fingers. They were still squirming.

Rupert looked up at the ceiling just in time to see the plaster crash open and a mound of twitching black cockroaches fall over him. His last sensation were the cockroaches crawling all over his naked body, eating their way into his skin as he writhed and screamed.