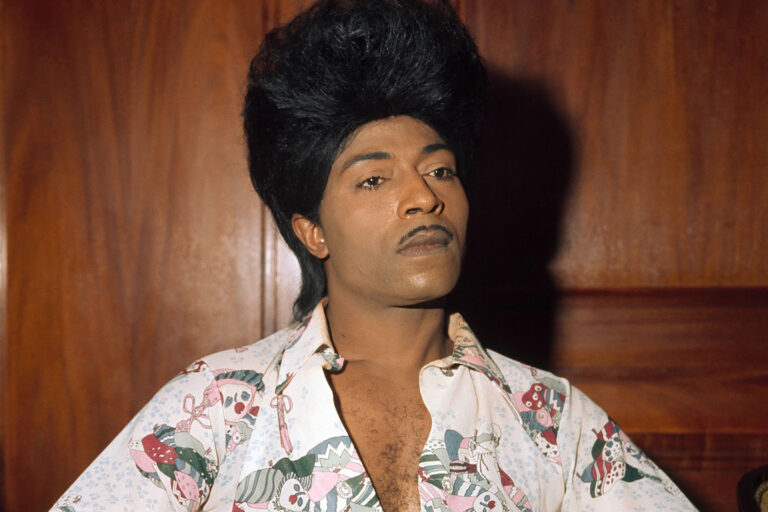 Little Richard Doc Dares You to Look Away

It’s easy to ignore those who are perceived as different or invisible, especially nowadays as society loves to label people and cast them aside, but sometimes those very labels only serve to make certain individuals shine brighter. Little Richard, born Richard Wayne Penniman, was one of those individuals. He was a force to be reckoned with, and no matter how society tried to mark him, he demanded to be seen.

In her new documentary, Little Richard: I Am Everything, director Lisa Cortés shines a spotlight on the legendary musician whose complex legacy is woven into the fabric of American popular music. The film is a powerful reminder that even when society tries to bury certain individuals, their impact and influence can never truly be erased.

The film begins with Little Richard in all his bedazzled glory, with his signature pancake makeup and conked hair, pounding away at the piano. But Cortés quickly takes the audience back to the beginning, to Little Richard’s childhood in Macon, Georgia. Born into a family of 12 siblings, Little Richard’s early life was a series of contradictions. His father was a strict minister who owned a nightclub and was also a bootlegger. Though Christianity was a constant in his life, Little Richard was exposed to different forms of worship through his mother’s quiet Baptist church and his father’s vibrant A.M.E. church.

Cortés uses a wealth of archival footage, interviews, and anecdotes from family, friends, and scholars to take the audience on a journey through Little Richard’s life. It was a life full of twists and turns, but one that never stopped moving forward, even if the direction changed. The music and performances in the film are breathtaking, but Cortés also anchors the audience with history. As Little Richard was bringing Black and white teens together at concerts for the first time, Emmett Till was brutally murdered in Mississippi. Little Richard’s Blackness and queerness made him a symbol and a target, and the film explores the rampant appropriation and near-obliteration of his legacy by his imitators, like Elvis Presley, The Beatles, and The Rolling Stones.

But despite the struggles he faced, Little Richard never stopped advocating to be seen for exactly who he was and for all of the brilliance he contributed.

Little Richard: I Am Everything premiered on January 19, 2023 at the Sundance Film Festival, and it’s a must-watch for anyone interested in the history of American music and the fight for visibility and representation.